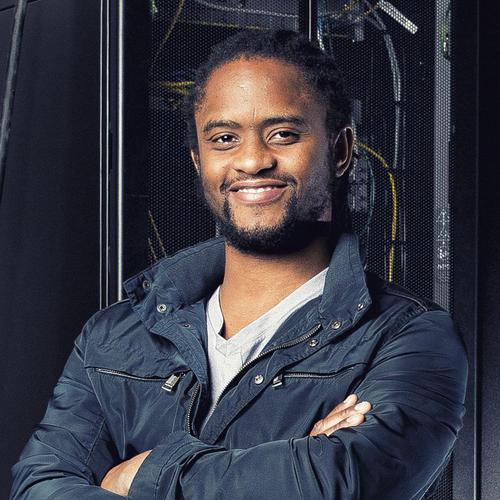 Sessions covered by this speaker

A New Voice from a Strange Place in the AI Revolution

Jason Mars’ work is at the intersection of science, technology, and creativity. Jason’s mission to have meaningful impact in the lives of every human is demonstrated by a long list of intellectual and technical contributions.

Jason is a professor of computer science at the University of Michigan where he directs Clarity Lab, one of the best places in the world to be trained in topics spanning artificial intelligence, large scale computing, and programming languages. Among numerous contributions, his lab pioneered award winning work on Sirius (aka Lucida) the world’s first open source sophisticated virtual assistant that simultaneously hears, sees, and understands.

Jason Mars also founded Clinc, a record breaking cutting-edge A.I. company based in Ann Arbor Michigan where he lead the development of the world’s most advanced conversational AI. Focusing first on applying the technology in banking industry, Clinc created a novel, customizable, voice-activated AI assistant and platform that connects humans with their financial stories. From there, Jason lead the company’s technology to address pressing challenges in Healthcare, Automotive and Food Service industries. Under his technical vision and business leadership as CEO from 2015 to 2020 Clinc experienced substantial year over year growth employing 120 employees, raising over 62 million of venture capital dollars, and growing the business to around 10m ARR with over 7 million active users. In his service as CEO he was named Bank Innovations #2 Most Innovative CEO in Banking 2017. and #4 in Top 11 Technologists in Voice AI 2019.

Jason has devoted his career to solving difficult real-world problems, building some of the worlds most sophisticated scalable systems for A.I., computer vision, and natural language processing. This work has been recognized by Crain’s Detroit Business’ 2019 40 under 40 for “career accomplishments, impact in their field and contributions to their community.” Prior to University of Michigan, Jason was a professor at UCSD where he made a number of key contributions in Cloud Computing. He also worked at Google and Intel.

Jason’s work constructing large-scale A.I. and deep learning-based systems and technology has been recognized globally and continues to have a significant impact on industry and academia. Jason holds a PhD in Computer Science from UVA.

Your logo could go here!

If you'd like to get your brand in front of attendees following the categories this speaker is talking about (on this page, via email and during each talk) contact us.
We use cookies This website (and some of its third-party tools) use cookies. These are important as they allow us to deliver an exceptional experience whilst browsing the site. Learn more about our cookie policy. By closing this banner, scrolling, clicking a link or continuing to browse, you agree to the use of cookies. Accept
I need help
No I need help
No I need help